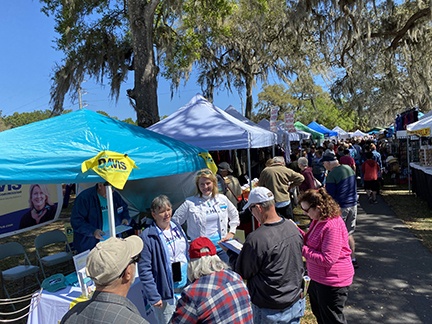 Davis will listen to citizens

Letter to the Editor, as published in the Citrus County Chronicle July 5, 2020:

I have never been involved in a political campaign before. I have never written a letter endorsing any particular candidate for any position. Today I’d like to share that I choose Holly Davis as Republican Candidate for office of Citrus County Commissioner for District 5.

Commissioners, representatives, senators,governors, presidents — they are all elected to serve the people. Yet too often, those elected serve the agenda and needs of the few rather than the needs of the many.

I have known Holly for nearly 40 years. We were classmates at Crystal River Middle and High Schools. While we weren’t the friends we are now, we were friendly enough. She was a smart student who always seemed to think before she spoke, and when she did she usually had the right answer. This is even more true of her now that we are older and wiser. It is a skill that I find lacking in many people these days, especially some of our elected officials.

Debating with Holly is a great way to pass the time. She and I both I have strong opinions, and while they usually mesh, they don’t always. Holly listens and sometimes I may even have changed her mind. Even when I don’t, I respect that she listens. She doesn’t interrupt, and if she doesn’t know something, she says so, and then gets back to me when she does. Citizens want to know that their wants, needs, and opinions are being listened to and are a part of what goes into decisions a commissioner makes. This is the kind of person we need on the Board of County Commissioners.

Your Aug. 18 vote will decide the winner of the District 5 race for county commissioner. Make it count and vote for Holly Davis.